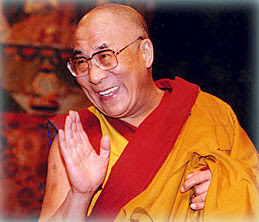 With this, the Dalai Lama announced that we were finished, and the remarkable session ended to a standing ovation.
Posted by SAM FIFER at 5:12 PM